I had a great day today, I really did.  The morning started off with me waking up before my alarm went off for the third day in a row.  I have started a new routine to get the day rolling that includes listening to powerful inspiring music, sliding on my boxing gloves and getting a sweat going against my heavy bag and dancing around like nobody’s watching.  This morning it included Jennifer and Austin dancing along with me as I sang out loud getting breakfast and lunches ready.  Megan came down stairs, gave me the look of “What are you doing?” but then a song came on that she liked and joined right in.

I had a fantastic call from Jason Mackenzie who is the admin of a great Men’s support group on Facebook entitled the Mental Health Warriors and at the end of our 45 minute talk we agreed to work together led by himself and few other great men starting in January over the next 26 weeks.  He introduced me to the two other men that help run this group, Larry and John. 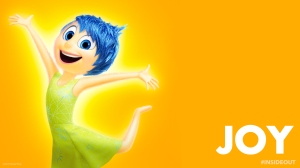 I felt so inspired and empowered after this call as I knew it was about to change my life again for the better.  I ended up having a length text message chat with Larry about a wide range of subjects including our love of Jeeps, St. Louis as he lives there and road trips as I took a fantastic one down there this summer.  My Facebook profile picture is actually of the four guys on the trip standing in front of Busch Stadium.  He also happens to be a triathlete as well a sport that I am getting back into next summer after a many year absence.

I then had another phone call with John talking more about the course they were offering and some of the benefits that go along with it.  He first asked me to share a little bit about my story with him, and I honestly opened up like I never have before and went on a 15 minute monologue about my life, my history in the restaurant business, both my marriages, my children, why I had to leave, what I wanted out of my future.  It came so effortless and easily to me, to open up to share.

All three guys had some amazing comments back for me, commenting on well I told my story and how I would and was helping to inspire and lead of other men due to my openness and vulnerability.  It almost is starting to come naturally to me and the more I do this kind of sharing, the better I feel about me, the choices I have recently made and the path that I am currently on.  I have never considered myself in this light before, but I am starting to like it.

It’s why I enjoy the writing process so much, as I promised myself that this would never be an edited, best version of myself kind of blog.  I lived that life for fat too many years, it is time to peel back all the layers to expose what is truly deep inside me.  Now that I have opened Pandora’s box there is no way to close it.  It feels to great to live like this, and I know it has the power to help so many other people who may be struggling with something in their own life.  I get goosebumps just thinking about it.

After school the kids and I had a fun evening playing with play dough, wrestling around the living room and upstairs giving body slams and power bombs and lots and lots of tickles before it was bedtime.

My only concern today was that I found several unexplained über charges on my bank records over the past ten days.  With five of them coming yesterday alone.  I was convinced that my account had been hacked, or Emily was still using my account as I had provided her some bank card information for emergency situations.  When she left the house a few weeks ago and I noticed the first charge I asked her to delete my payment information and she told me that she did.

I was dumb, no naive enough to believe her.  So when I saw the five charges from yesterday she was the person that I contacted first.  This is a word for word summary of our conversation…

Dad in italics, Emily in bold…

I have five different Uber charges from yesterday.  For a total of 60 dollars.

I don’t have uber on my phone

My bank account says otherwise.  So are you telling me that someone else has my credit info.

I hope your being honest.  I am on the phone with the bank talking fraud.

Someone does.  There are tons of charges on here.  It started when I sent an email transfer to your friend.

Nobody ik would have done that

I am not blaming you,  I am just starting with who has my info and going from there

I’ve cancelled my card so it won’t happen for whomever has it.

I am starting an investigation with Uber to find out which profile these charges have come from where the trips are etc… see you after school my dear.

That was all this afternoon.  When she got home from school I continued the conversation telling her what the bank had told me and she made comments about “Who would take five Ubers in one day?”  Downplaying the situation. 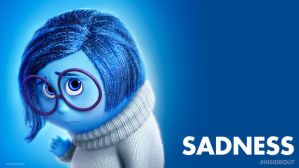 At that point I had done my due diligence and cancelled my card, started an investigation with Uber and put the issue on the back burner as until I got more information I could not do anything to solve my issue, I had taken care of my immediate concern when I cancelled my bank card.

Something didn’t add up but Emily had just come home the night before and I was trying to ease her back into the family.  A full court press by an angry Dad would not solve anything.

I did eventually later that night hear from Uber and the only information they would provide was the first name on the account used… Megan.  She is my middle daughter, 13 was home sick from school all day when these charges were racked up.  My thoughts turned immediately back to Emily thinking that she had used her sister’s name to shift the blame to her sister.

It was at 9:21pm this evening when I received this message from Emily…

Wow… just wow.  The feelings following through me over the past few hours have ranged from frustration to anger to disappointment to betrayal and just about every other negative emotion in between.  This is the girl who ran away for the last two weeks and only came home yesterday.  I really didn’t know what I should do next, and I needed more help.  I talked with her mother about the situation, and she tells me a story of Emily stealing $50 off her on the weekend.

How did this once beautiful young lady turn into such a dishonest thief?  It has completely broken my heart into a million and one pieces.  I posted my story on the support group I mentioned above to get some advice, and almost every response was to get the authorities involved, and have the police scare her back into line.  Tough love.  Knowing Emily, and knowing where she is at the moment both in our relationship with each other and how she sees and views the world could destroy any hope of us ever regaining trust between us and having any kind of relationship for a good long while.  Yes she might get the immediate help she needs but at what cost?

From my schooling in Criminology I would avoid calling the police as much as possible at this age. There is something called Labeling Theory which in short essentially means that people live up to the labels they are given. So calling police on young offenders is labeling them as a criminal which actually has the potential to increase their bonds with criminal activity. Another factor is that calling the police on children causes them to gain a fear factor of police officers. They begin to distrust police and authority into adulthood and are less likely to reach out for help when they really need it. The distrust for authority also causes an increase in deceptive behavior such as lying and hiding things. I would not recommend calling the police in this situation for those reason. Instead what is proven to work best is to increase bonds, you can also look up social bond theory. Which is a theory of why we don’t commit crimes. It basically states that we don’t commit crimes because of the bonds we have with family and friends and jobs etc. When we have good connections in our lives we don’t commit crime because we don’t want to let that person down or break that those connections. If I were you I would seek rehabilitation services. Although it is hard, you need to punish her as the same time you increase your bond with her. Compassion is more powerful than punishment. Things like sitting down and talking to her about the ways she hurt you and other people (calmly) and letting her know you care about her and don’t want her to end up in jail or dead. That is proven to work 100 times better than punishment. Yes strait punishment works. But you will lose a lot more, like trust, bonds, etc. It’s all about potential. Yes calling the cops can work very well and sometimes it does, but the alternative is way safer and much more likely to work out in a lot more areas than just teaching her not to do that specific thing ever again. It’s your decision this is just what I have learned from 5 years studying criminal justice and law enforcement. Good luck

This member is our youngest I believe at the age of 20 and I think can relate to her based on age.

And it is the course of action I believe I am going to try first, as it was original objective when I started this whole journey of change this past summer and the reason I started this blog.  To reconnect with Emily on every level, not have her arrested.  At least not yet… I am going to sign off for the night and try to get some sleep as it has been an emotionally exhausting day, and I just finished crying again.  I’ve lost count of the number of times I have cried today for many different reasons.

All my love and support to everyone out there struggling with something.  You are not alone and there is help, love and support when you need it the most.  You just have to be willing to open yourself up and let it in.

One thought on “NOT the Post I Was Planning to Write”