Well guys as hard as it was for me to do but I had to ask my daughter to leave my house by the end of the week. 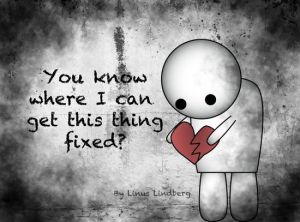 After the events of last weekend with her lying and stealing, I sought out as many different thoughts and opinions on the subject.  I made a post in the Men’s support group I have joined and got many excellent suggestions.  I talked to several more people and solicited several other female opinions trying to get inside Emily’s head as this is clearly something a 45 year old man would have trouble understanding.
I came up with three options for her.
First was to continue living at home, I laid out very clearly all the expectations of living here along with a list of the benefits and consequences of her recent actions.
The second was to live at her mom’s house that would come with it’s own set of expectations and consequences.
And the third was to move out on her own/with a friend into the real world, and away from this reality she has created for herself through her choices and actions over the last several months. And again I clearly let her know about the real world and some of the issues that she would face. Rent, food, clothing, etc.
I explained that I would not pay her cell bill, apple music and a few others as these were the consequences of choosing option three.
She continually told me that she didn’t need help and didn’t want to be treated like a 2 year old that had Downs (as she put it).  The words back came easily to me as they were all coming from a place of love and only wanting what is best for her.  Not to control her life, not to take away the independence that she was had but help, help in making better choices.
If she didn’t need help why was she failing three of her four classes this semester?  If she didn’t need help why did she openly refuse to stop smoking pot?  If she didn’t need help why couldn’t she get up on time to catch the bus in the morning?  I laid out these scenarios to her trying to show her the behaviours that I had been watching.
Her steadfast refusal to admit she needed help, or to even talk to anyone. I calmly asked that had she not seen the changes in her father over the last few months (and she did) and I said I was only able to achieve this lasting change through talking and sharing the weight/burden that I had been carrying for years. That I actually got help.
By sharing, by becoming an open book by allowing others help me with my issues.  Not solving them, listening, being there for support.  There is such strength in a community and sharing the weight of your troubles with others.  They help you carrying the load, to get through, to persevere and to grow.  A concept that I didn’t understand until very recently.
She wouldn’t even look at or let me talk to her about what my house conditions would be.  She out right refused to option one.  She didn’t want to move back home with her mother so I told her that she clearly has chosen option three.
I had no choice, stuck to my guns and asked her to be out by Friday.
I did let her know that she would be welcome back her at anytime as long as she was willinging to follow my rules. She started crying, asked me to leave her room. I had been talking with her mother, she was quite upset, I talked to Megan her younger sister (13) and explained exactly what was going on. This whole experience has really drawn the two of us closer together and strengthened that bond.
I left sticking to my guns and while not feeling good about what I had to do, I did it knowing that I was coming from a position of love, wanting the best for her, and wanting her to get the help she refuses to acknowledge that she needs.
It may be the toughest thing a parent will ever have to do is to remove a child from their house. But I did it but man does it suck. This week should be interesting. I don’t suspect she will come home from school today, in fact I doubt she even gets up for school today but that is another issue entirely.
One that she needs help for…